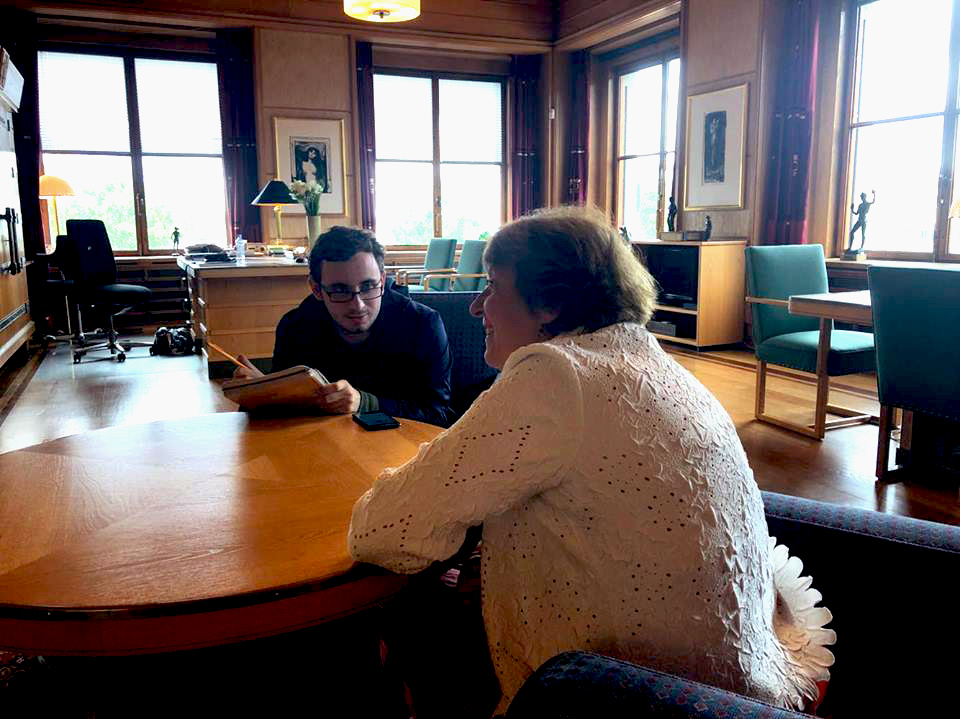 With dozens of metro tunnels running underground, tram lines criss-crossing most of the roads, and articulated buses around every turn, it seems as though there is little need for personal transport in the city of Oslo. While there is still car traffic, it is far less than in large cities such as Atlanta or New York City. And if Mayor Marianne Borgen has her way, the city will be mostly car-free in a few years’ time.

In Oslo, the proposed initiative includes the tram, metro, and bus systems, as well as giving incentives to people who choose to drive electric cars or use the public bike lanes. Mayor Borgen said she is advocating a car-free Oslo for more than just political reasons, “Since I am a grandmother, I would like my grandchildren to grow up in a healthy city.”

The recent move to eliminate on-street parking in Oslo’s Frogner neighborhood to create bike lanes has been contentious. Residents don’t want to lose their parking and business owners who fear a lack of parking will drive away customers. An article in The Guardian details the reaction to the Mayor’s move.

Mayor Borgen doesn’t expect a complete elimination of personal vehicles. “We will not remove the private car totally in a city like Oslo,” she said. “That is not possible. That is not our intention,” but she hopes it will encourage people to use their cars in more efficient ways. “So I think people can be part of a car-sharing system,” she said. “That is also very important. I have three grown-up kids myself, and two of them are members of a car-sharing system.”  Opponents believe that, if her plans continue, there will be very little space to park either shared cars or the electric cars for which incentives are given .

Borgen understands her push is controversial, but she sees it as a good thing for the people. “People are saying that you are taking away freedom to drive wherever they will, whenever they will. I would say it’s the opposite, what we are doing,” said Borgen. “What we are doing is giving the city back to the people.”

She hopes continue with her plans if her administration is re-elected in 2019. It seems voters will decide if her plans will be allowed to continue.

My name is Ethan Reddish, and I'm currently studying Writing and Communication at ABAC. This trip to Norway is my first time out of the country, and I look forward to reporting here. View all posts by ethanreddish